9 Risks of Cheap Windows 10 Keys You Must Not Ignore 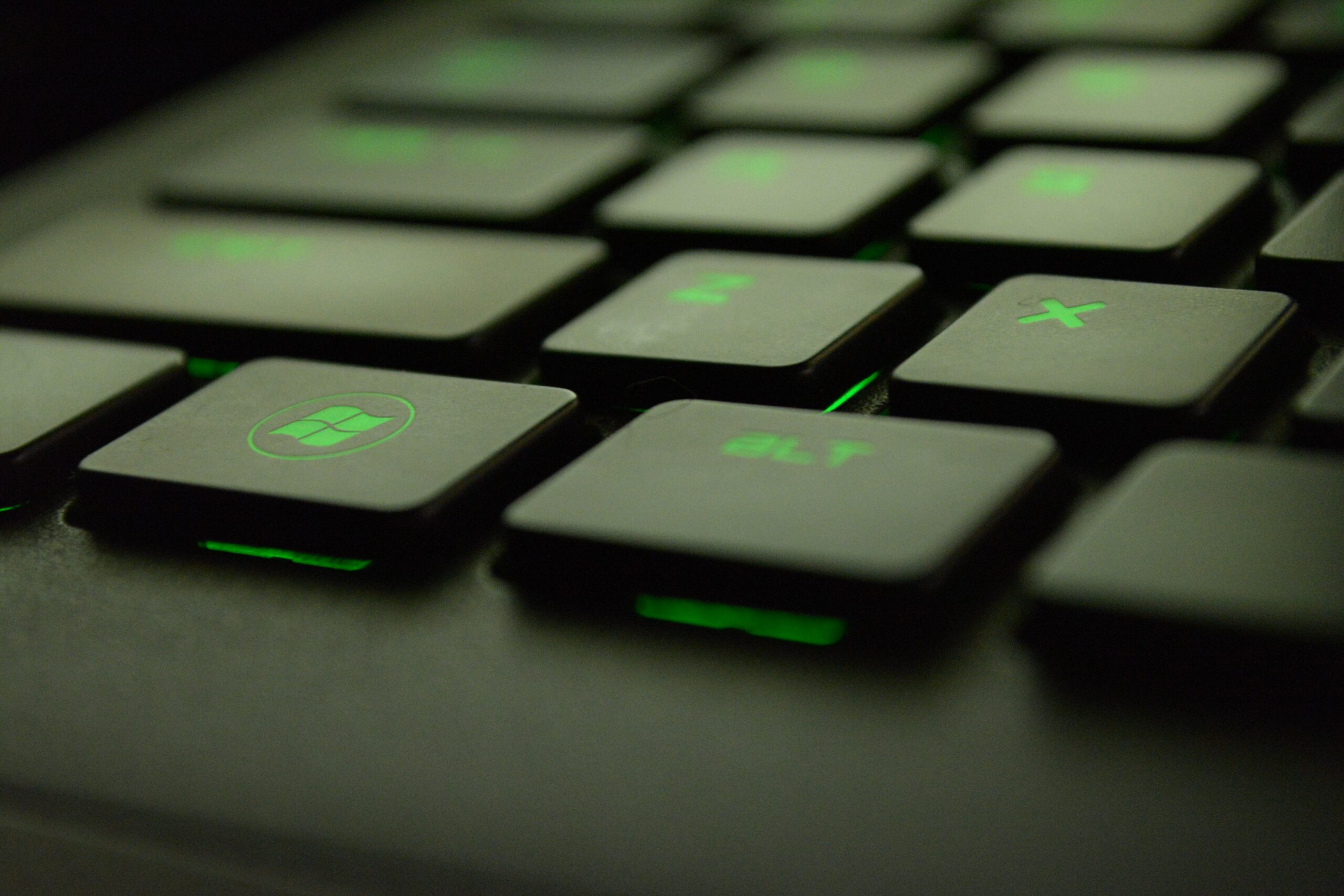 All Refurbishers need to install a version of Windows onto a PC after wiping it. Offers to buy Cheap Windows 10 keys for cheaper prices abound, and who wouldn’t want to cut down the price of their keys? But short-term cost savings can come at the expense of severe risks and liabilities to your business.

In almost all cases, if a price looks too good to be true, then it is. Often, discounted licenses from non-Microsoft accredited providers are sourced through illegitimate. This means these licenses could jeopardize any Refurbisher who uses them.

In a study by the International Data Corporation (IDC) of the risks of counterfeit licenses to mid-sized businesses, 37% of the businesses surveyed unknowingly purchased counterfeit software.

Refurbishers need their customers to be confident that what they are buying is high-quality, safe, and legal. Avoiding the risks that come from cheap Windows 10 keys is essential to ensuring that you can continue to provide high quality refurbished products.

Let’s go through the 9 biggest risks of buying cheap Windows Microsoft Keys. Then, we’ll outline the ways that you can mitigate these risks.

Cheap keys that come from too good to be true sites can provide keys that are already activated, or don’t belong to the site that is selling them. Counterfeit cheap Windows 10 keys that Microsoft detects will not be activated.

In a study conducted on counterfeit versions of Microsoft software, one in three could not be installed on a computer. The Federation Against Software Theft (FAST) warns that when it comes to software licenses, “buy cheap, buy twice.”

Even if counterfeit keys are injected successfully, the cost savings can reverse entirely if the keys are subsequently detected as counterfeit.

In a recent case, a cleaning company in Southern England inadvertently bought counterfeit keys from a company in Italy. The licenses that the company bought had been sold to a different company entirely! The company had to replace all its PCs. In this case, buying a legitimate license from a Microsoft Authorized Refurbisher would have been much less expensive than buying a cheap Windows 10 key.

A 2012 Court Ruling at the Europe Court of Justice ruled that, within the European Economic Area, software which has been sold permanently (rather than rented) can be legally sold on as “secondhand software” by the first buyer.

However, Linklaters notes that there is nothing in the judgement which suggests that any contractual obligations, beyond use of the program, should apply between the original software provider and any new acquirer. Therefore, separate agreements such as maintenance and support may not apply.

Cheap second-hand Windows 10 keys can sound appealing to Refurbishers, but they may be ineligible for future patches, upgrades, and support. This could mean that, if you use second-hand licenses, your customers do not have a right to Microsoft’s essential updates.

Exacerbated by risk #2, any Windows device which is ineligible for updates is therefore ineligible for essential security updates. This leaves users at risk of security flaws which can be exploited by potentially dangerous software through hacking and phishing. The last thing that a Refurbisher wants to do is to sell a computer which is susceptible to security flaws that allow for data leaks and identity theft.

Microsoft claims ‘only genuine Windows operating systems offer to end users the quality and security they expect with the added benefit of ensuring their PC is always up to date.’ The best way to know that a license is genuine is through acquiring licenses from a Microsoft Authorized Refurbisher.

Risk #4 Licenses that are used more than once

According to the European Court of Justice’s 2012 ruling, an original owner who sells on ‘second-hand’ software must render the software unusable for themself. For instance, an owner of a Windows license must ensure that they themself are no longer able to use or inject that license when they sell it on.

When buying ‘second hand’ software, some suppliers do not delete the original copy and sell on the license multiple times. Licenses that are activated multiple times can be deactivated and escalated if they are discovered.

From 2022, Microsoft has moved injection and activation of all new keys to a cloud service, where no key can be injected more than once. Microsoft Authorized Refurbisher (MAR) keys cannot be injected to multiple machines and are fully reported to Microsoft.

To avoid paying the full price for a Microsoft License, some suppliers use unofficial tools to activate Microsoft Windows. One such software has been found to inject malicious software onto the system, called “CryptBot.” This Malware is designed to steal credentials for browsers, exploit browser cookies, and capture screenshots of the infected devices.

The IDC has concluded there is a ‘strong correlation’ between unlicensed software and malware, and so the best solution is for Refurbishers to ensure that all licenses that they use are legitimate.

In recent years Microsoft has spent considerable time and resources to track down business that sell and use unlicensed and counterfeit software. Websites that sell cheap Windows keys often obtain them for use with academic, supplier, and internal copies of Microsoft Windows; to use them for other purposes is illegal and can be tracked down. For example, Microsoft sued the owner of Office Solutions USA LLC, for selling keys which he did not have the right to sell and in 2016 he owed Microsoft $1.2 million.

The industry standard to ensure that a second hand device has been injected with a legitimate  version of Windows is a holographic Genuine Microsoft Refurbisher Label (GMRL) on the system. These can only be obtained by buying a license from a Microsoft Authorized Refurbisher. Without a GMRL label, neither a Refurbisher nor their customers can easily show that they are using a genuine Windows License.

How can I mitigate these risks?

A Refurbisher ourselves, we originally made SMART as a solution to the risks that we saw with alternative means of injecting licenses. Made by Refurbishers for Refurbishers, SMART mitigates risk in the following ways:

By using a cloud-based solution for license injections, SMART ensures that all licenses are legitimate and will be seamlessly injected into the device.

Using SMART, you buy a license from Microsoft and therefore the device is eligible for all Microsoft updates covered by standard maintenance and support agreements.

By buying from a Microsoft Authorized Refurbisher, you can be confident that a device you refurbish will be up to date. Our SAAS solution ensures that your device will be eligible for relevant security updates for as long as you use the service.

Our Web App ensures that you can keep track of precisely which key was injected to which device by using the device serial number, and never worry that a key has been injected more than once.

We use SMART as a tool for our own refurbishing by injecting legitimate Microsoft licenses. Microsoft assures that Windows licenses from Microsoft Authorized Refurbishers are ‘free of defects, malware and viruses that could negatively impact your privacy and security.’

All Microsoft keys are accurately reported to Microsoft via our SMART client automatically at the point of injection. Microsoft will know that your license is legitimate, which removes all risks of fines.

In 2021, we won the Microsoft Innovation Award; we know how to provide excellence in new solutions such as cloud-based license injection. By buying from SMART, you are buying from a Microsoft Authorized Refurbisher, which carries a seal of approval that your license is genuine and approved by Microsoft.

Sign up to SMART to remove the risks that come with cheaper keys, and to buy legitimate licenses that are approved by Microsoft. 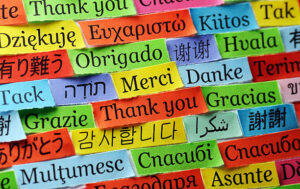 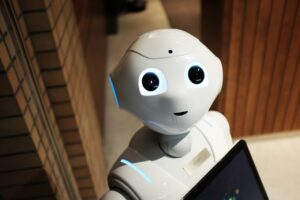 The Ultimate Guide to Refurbishing Automation with SMART